Family Story: "You are Enough!" 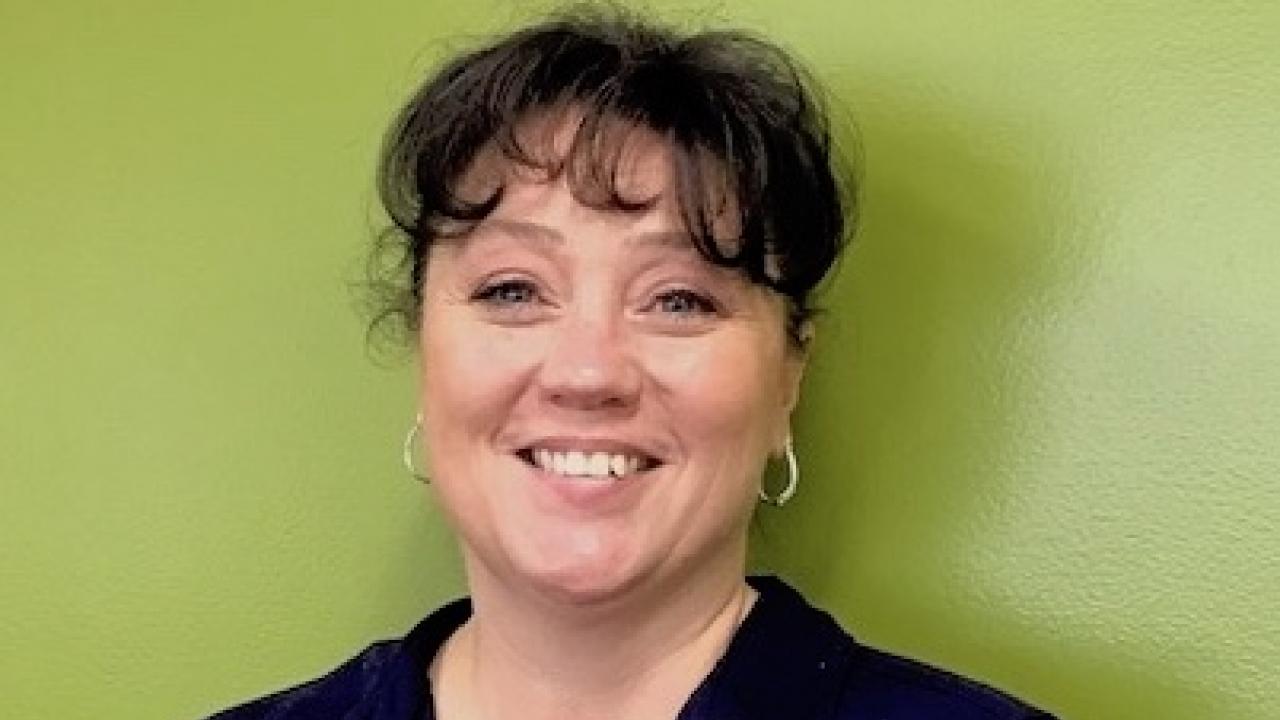 Those words resonate strongly with Brenda.

She first heard them from her Wraparound parent partner on a day she felt like giving up. "It made an impact on me to hear that," Brenda said. She reminds herself of it often, especially when she feels overwhelmed.

"Wraparound saved my marriage," Brenda said. "It gave David and me the support and confidence we needed. I am so proud that we stuck with it through everything that’s happened!"

Brenda described her family’s long journey, as she and David began their relationship and tried to blend their two families. "The challenges these past several years have seemed like an insurmountable struggle." Their youngest child, Tamara, now 14, had been through a lot. She was often torn between the need for acceptance from her new family and fear of losing her biological mother.

Brenda said it felt like Tamara was intentionally putting a wedge between herself and David, as well as between herself and her extended family members. "It was a constant battle," she said. "I didn’t realize how much Tamara was hurting and feeling displaced. It was serious, and we were so worried about how it would end."

Tamara was "playing games" that caused disruption. "As David and I grew stronger together, Tamara’s negative behaviors became more frequent and destructive," she said. "At first, David and I were seeing two different sides of her behavior, and that caused conflicts between us. It got to the point that Tamara would challenge everything at home, at school and almost everywhere."

David eventually began to see what was happening. Brenda said they tried everything they could think of to get help, including seeking out doctors, school counselors and therapists. For a while, Tamara lived out of the home with relatives. "I was feeling alone, like I had failed. But I was determined to keep seeking help to make my marriage work and to help Tamara."

Things became so challenging that the family accepted voluntary resources from Children’s Services. That’s when they heard about Wraparound.

"I was concerned at first that I would be opening up to what was really happening in my home. I was worried that they would tell me I was doing everything wrong and that it was my fault," Brenda said. "Instead, we received empathy, reassurance, positive support and hope!"

Together the family worked on creating and implementing a plan. A youth partner worked with Tamara, so she had a special person focused just on her. They went on outings, celebrated milestones and just spent time together. And Brenda also had Pricilla, her parent partner. "She would call, come by the house, teach me new ways to look at things, give me confidence and make things easier when I was struggling. And she also cheered me on. She told me, ‘You are enough!’"

The other team members helped the family gather appropriate resources and connected them with the right doctors and support. They helped with the school and other systems issues as well.

Brenda said, "I learned that Tamara’s very early challenges in her life contributed to her difficulties and could be connected to her current behaviors." She said the Wraparound team members taught her new ways to manage Tamara’s struggles and showed her ways that she and David could work together. She said the best thing she learned was to avoid reacting immediately. She learned to stop, process what was going on, and gather her thoughts before responding. "That alone has made a difference," she said.

"There were lots of rough patches, but I felt supported," she said. "We had homework from the team that helped David and I become stronger together. He engaged more, and we became a united front."

Brenda said communication between them improved and more trust developed, especially when it came to Tamara. They now consult with each other before making decisions, to reduce the possibility of conflicts.

"When Wraparound ended, I was nervous," Brenda said. "But we have continued in the Wraparound Aftercare group, and that’s been amazing!"

The Aftercare group meets monthly with families that have left Wraparound. They all have dinner together, and then the adults participate in one-on-one activities. They pair up with someone different at each group meeting, and they take turns sharing how things are going. "It’s confidential and personal," Brenda said. "It reminds me that I’m not the only one going through something difficult.

"It really helps to share. You feel supported and have fun too." She realized that she can also help others just by listening. Kids participate in Aftercare, as well, doing fun activities in another location. "We all look forward to going, and I don’t have to cook!"

"I wish more families could have Wraparound," Brenda said. "It’s so different from any of the other services and resources we tried. We are so grateful for our team!" Brenda says she still calls her parent partner from time to time. "She reminds me of all the work we’ve done and that I am not alone. And then she tells me, ‘You are enough!’"